How can we help you today?

started a topic over 5 years ago

The Hover doesn’t look like your traditional drone or quad copter. 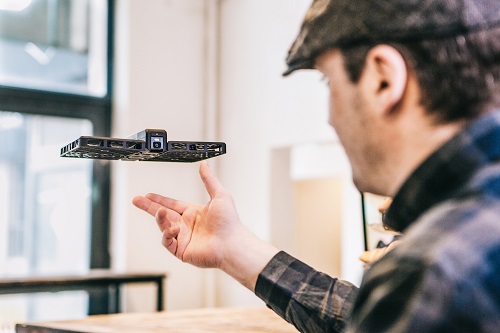 It’s roughly the size of a thick book and unfolds to reveal wings, with 2 panels each containing propellers in metal caging. It is lightweight and made from carbon fibre, but sturdy and can be folded to stow away easily in a backpack or carrying case. The Hover is not made for faraway travel or high altitude aerial videography, as there is no GPS or built in tracking, it’s supposed to be used as a personal selfie cameraman that maintains flight and follows the user at a safe distance. It is built around a 2.3GHz quad-core Qualcomm Snapdragon 801 chipset, with a camera that can shoot 13 megapixel photos & 4K video at 30 frames per second. Click here to see the Hover Camera in action.